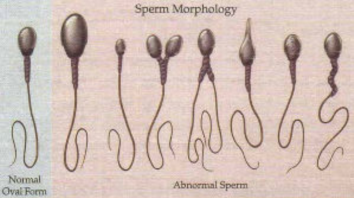 The concept of the sperm penetration assay was introduced by Yanagamachi. It yields information regarding the fertilizing capacity of human spermatozoa by testing capacitation, AR, sperm/oolemma fusion, sperm incorporation into the ooplasm, and the decondensation of the sperm chromatin during the process. However, penetration of the zona pellucida and normal embryonic development are not tested. The spermatozoa penetration assay (SPA) utilizes the golden hamster egg, which is unusual in that removal of its zona pellucida results in loss of all species specificity to egg penetration. Thus, a positive SPA does not guarantee fertilization of intact human eggs nor their embryonic development, whereas a negative SPA has not been found to correlate with poor fertilization in human IVF.

Mammalian fertilization involves the direct interaction of the sperm and the oocyte, fusion of the cell membranes, and union of male and female gamete genomes. Although a small percentage of spermatozoa from fertile men also possess detectable levels of DNA damage, which is repaired by oocyte cytoplasm, there is evidence to show that the spermatozoa of infertile men possess substantially more DNA damage and that this damage may adversely affect reproductive outcomes.There appears to be a threshold of sperm DNA damage, which can be repaired by oocyte cytoplasm (ie, abnormal chromatin packaging, protamine deficiency) beyond which embryo development and pregnancy are impaired.

ROS also referred to as free radicals, are formed as a byproduct of oxygen metabolism. Contaminating leukocytes are the predominant source of ROS in these suspensions.They can be eradicated by enzymes (eg, catalase or glutathione peroxidase) or by nonenzymatic antioxidants, such as albumin, glutathione, and hypotaurine, as well as by vitamins C and E. Small amounts of ROS may be necessary for the initiation of critical sperm functions, including capacitation and the AR. On the other hand, a high ROS level produces a state known as oxidative stress that can lead to biochemical or physiologic abnormalities with subsequent cellular dysfunction or cell death. Significant levels of ROS can be detected in the semen of 25% of infertile men, whereas fertile men do not have a detectable level of semen ROS.

Sperm ROS can also be measured by using cellular probes coupled with flow cytometry by detection of chemiluminescence. Briefly, this is done by incubating fresh semen or sperm suspensions with a redox-sensitive, light-emitting probe (eg, luminol) and by measuring the light emission over time with a light meter (luminometer).

The clinical value of semen ROS determination in predicting IVF outcome remains unproved but identifying oxidative stress as an underlying cause of sperm dysfunction has the advantage that it suggests possible therapies. Administration of antioxidants has been attempted in several trials with mixed results. But at this point there are no established semen ROS cutoff values that can be used to predict reproductive outcomes.

Sperm proteomics, an experimental technique, used extensively in several branches of medicine, may identify some of the molecular targets implicated in sperm dysfunction. Sperm proteomics allows comparison of protein structure of normal and defective spermatozoa.

Even to this day conventional semen analysis to diagnose male infertility is “a numbers game,” resulting in a preoccupation with threshold counts for sperm number, motility, and morphology with emphasis on classification of patients into descriptive groups, such as oligozoospermic, asthenozoospermic, and others. However, we should never confuse such descriptive categories with our ultimate goal, which is a diagnosis. The issues in male infertility will not get resolved till the research finds solutions at molecular level. The meaningful analyses of structure function relationship will only be possible when we as clinicians have all the relevant information to formulate a correct strategy for treatment of a infertility.

Tags : semen analysisSPERM PROTEOMICSTESTS OF SPERM DNA DAMAGEsperm penetrationSperm Analysis
Please feel free to give your inquiry in the form below. We will reply you in 24 hours.
News
Products